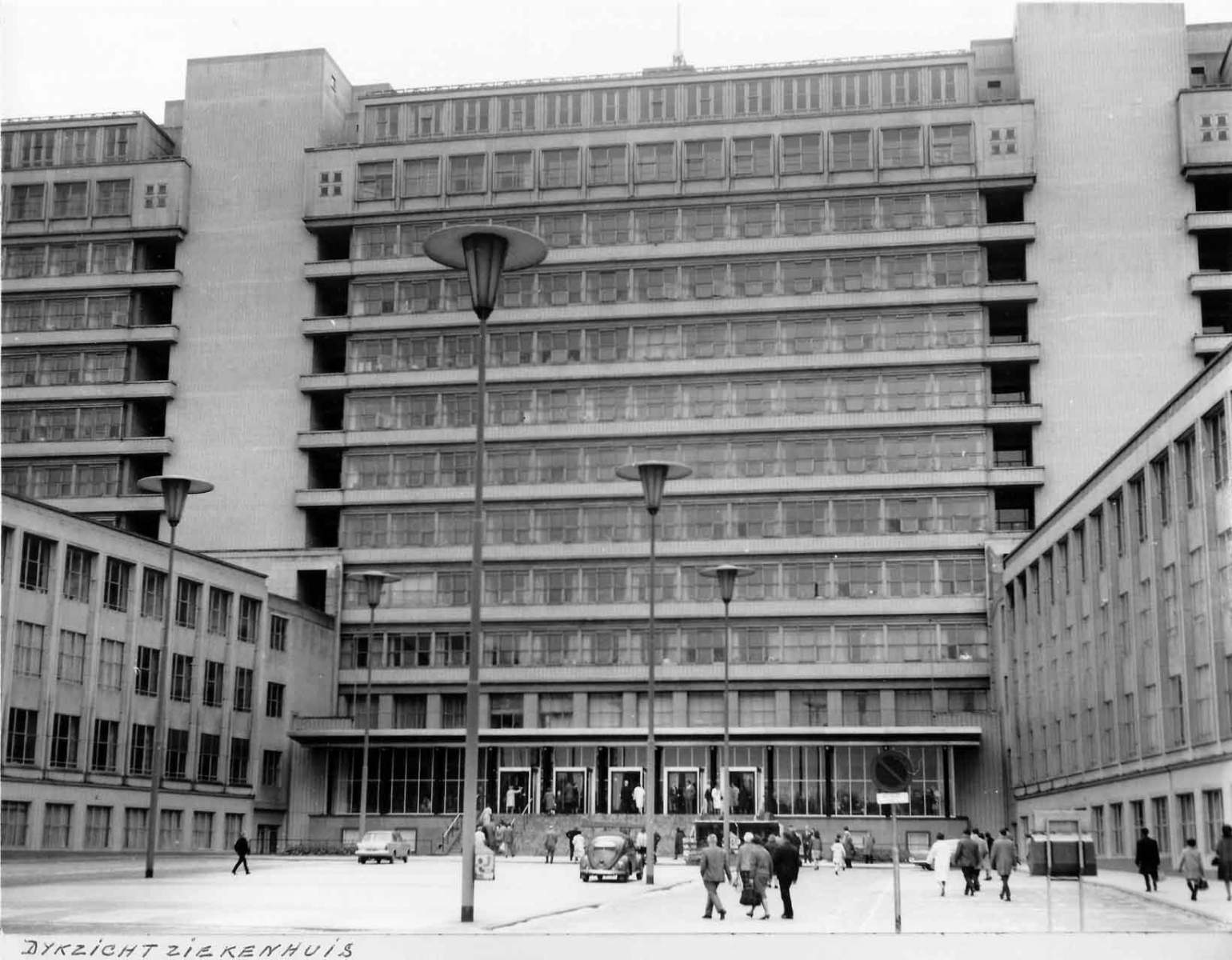 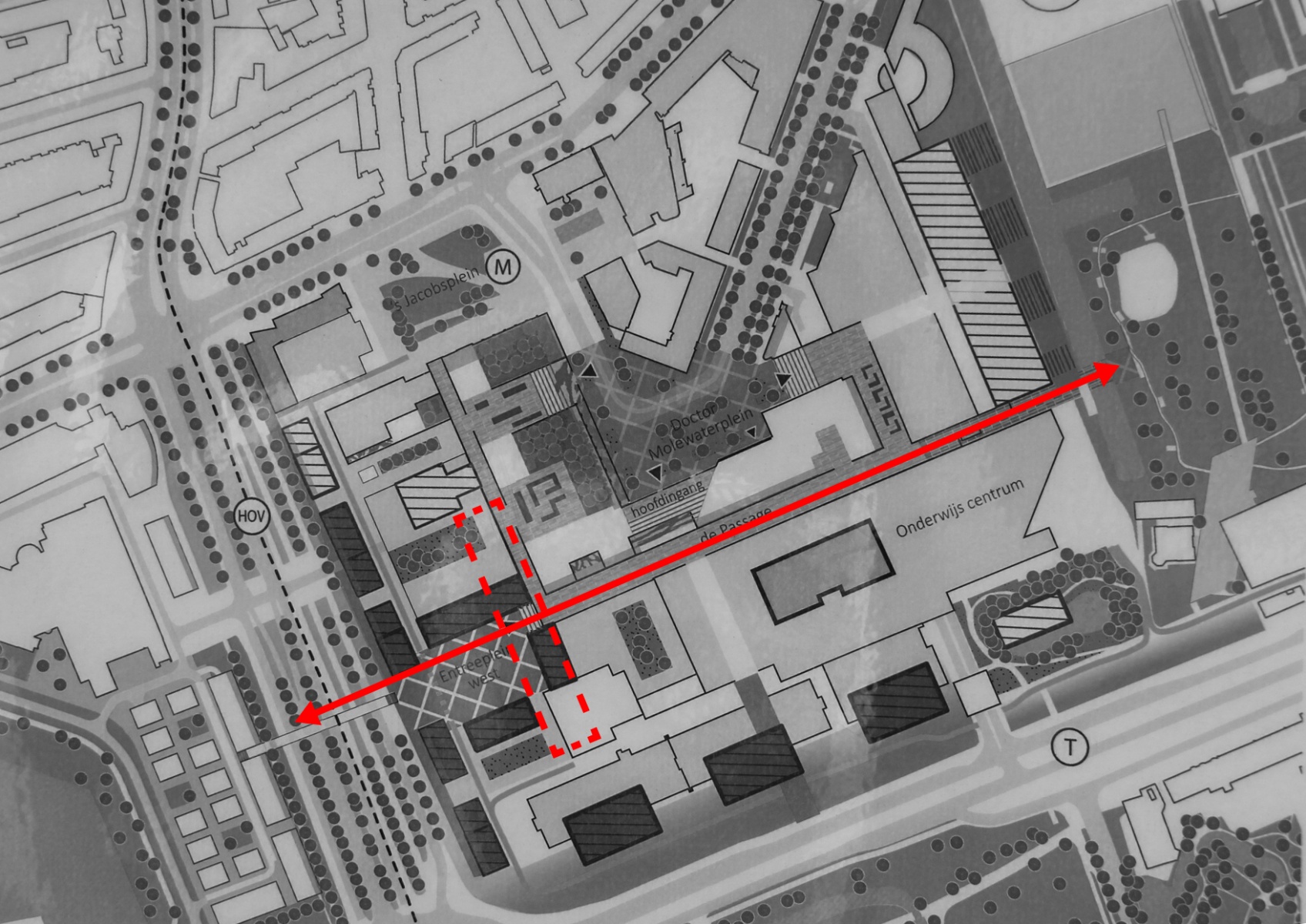 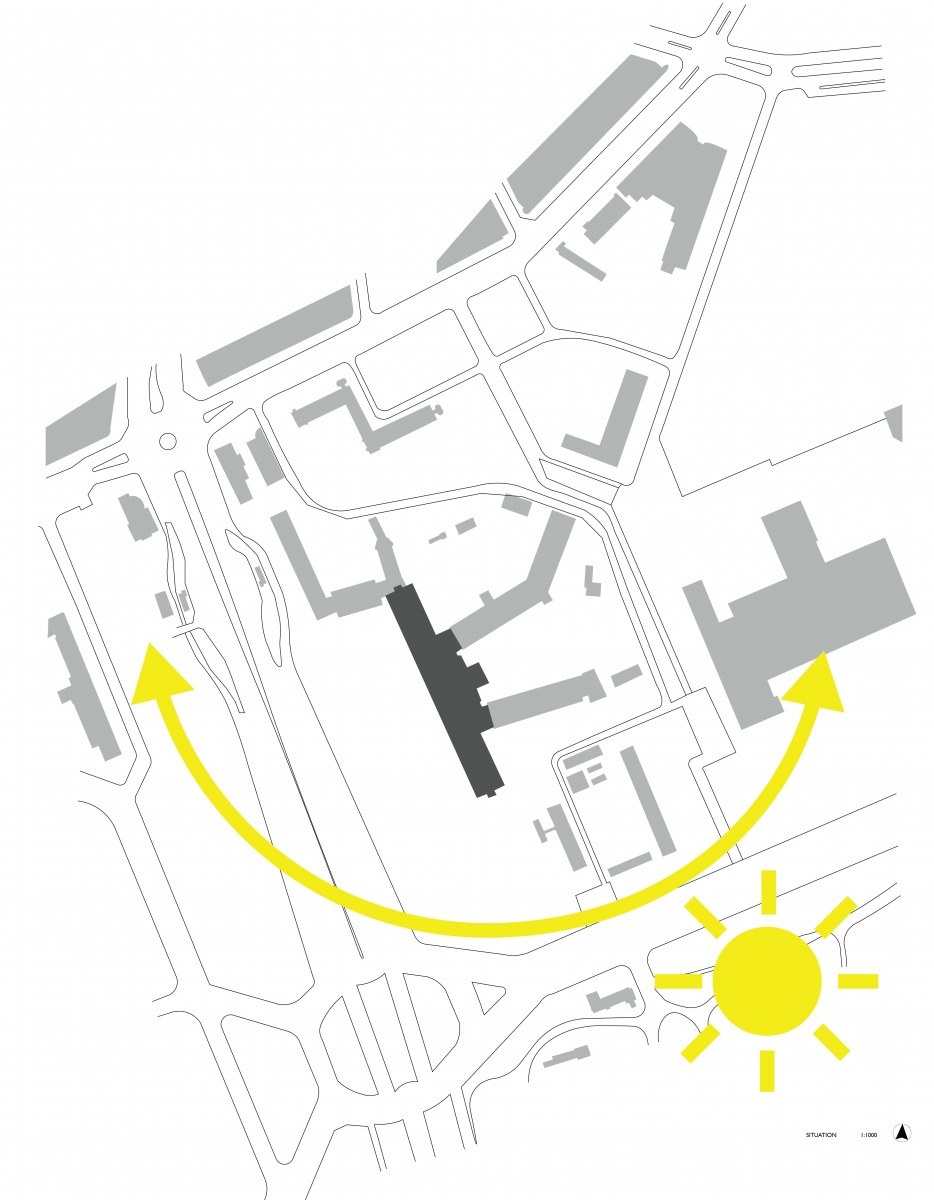 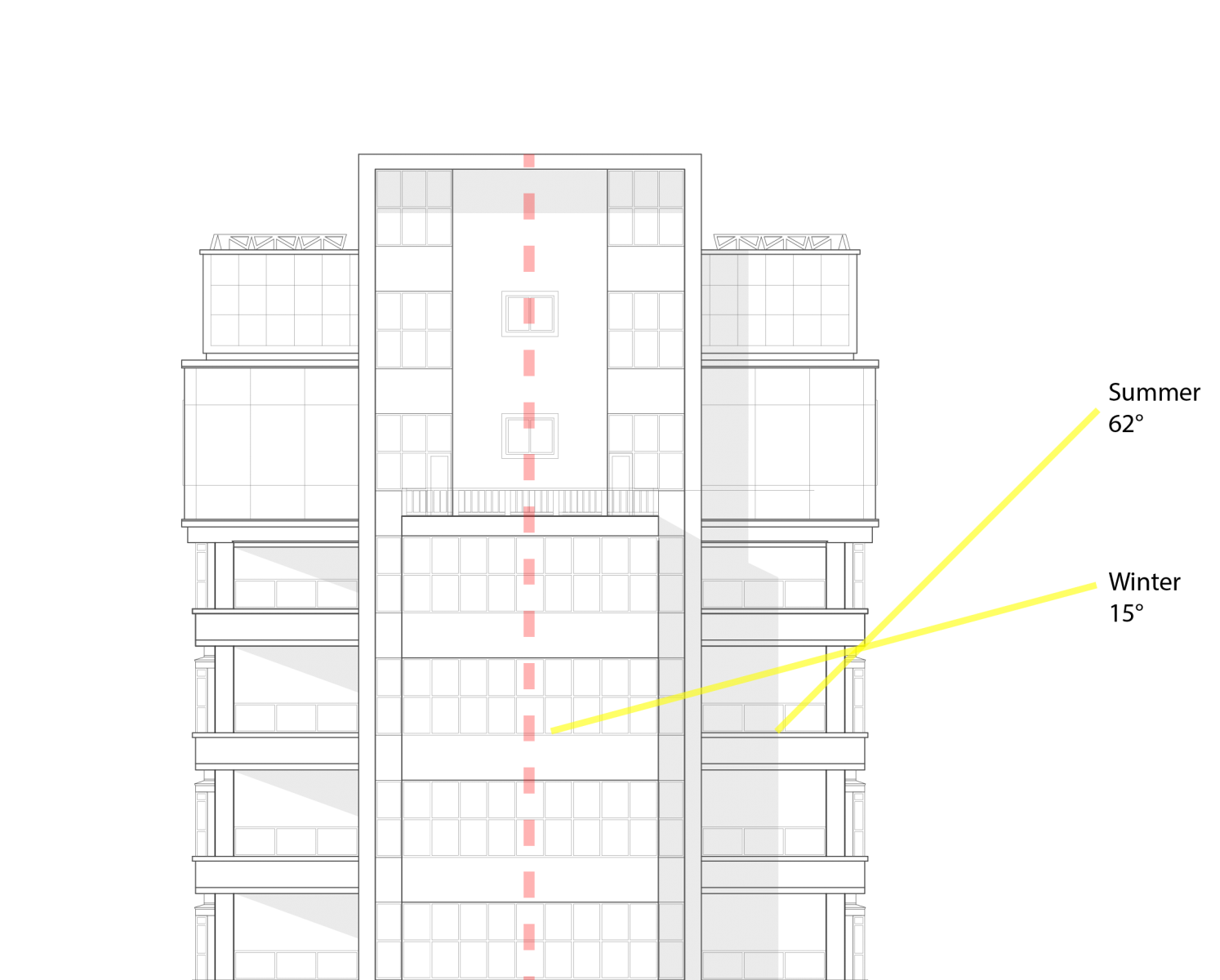 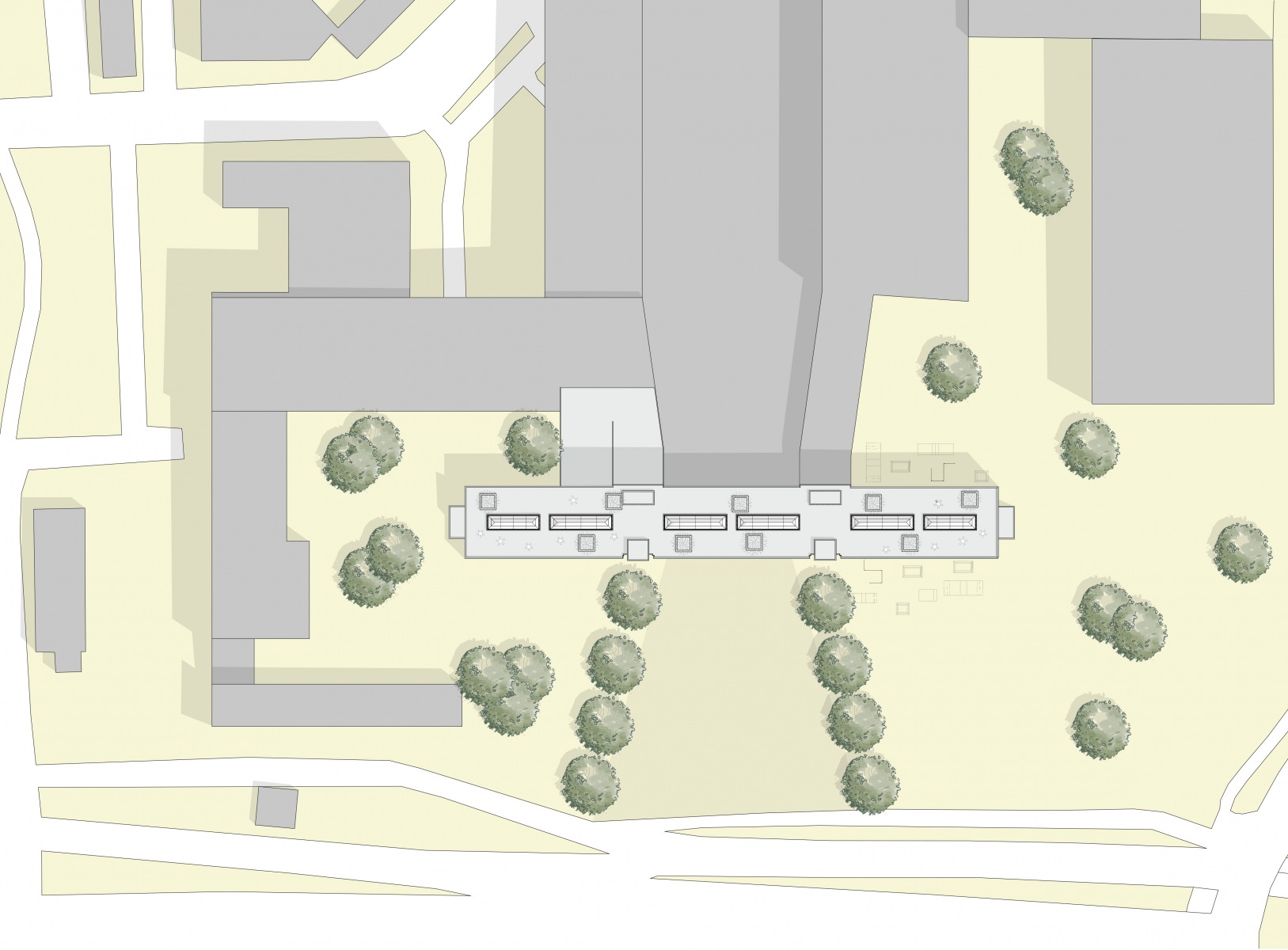 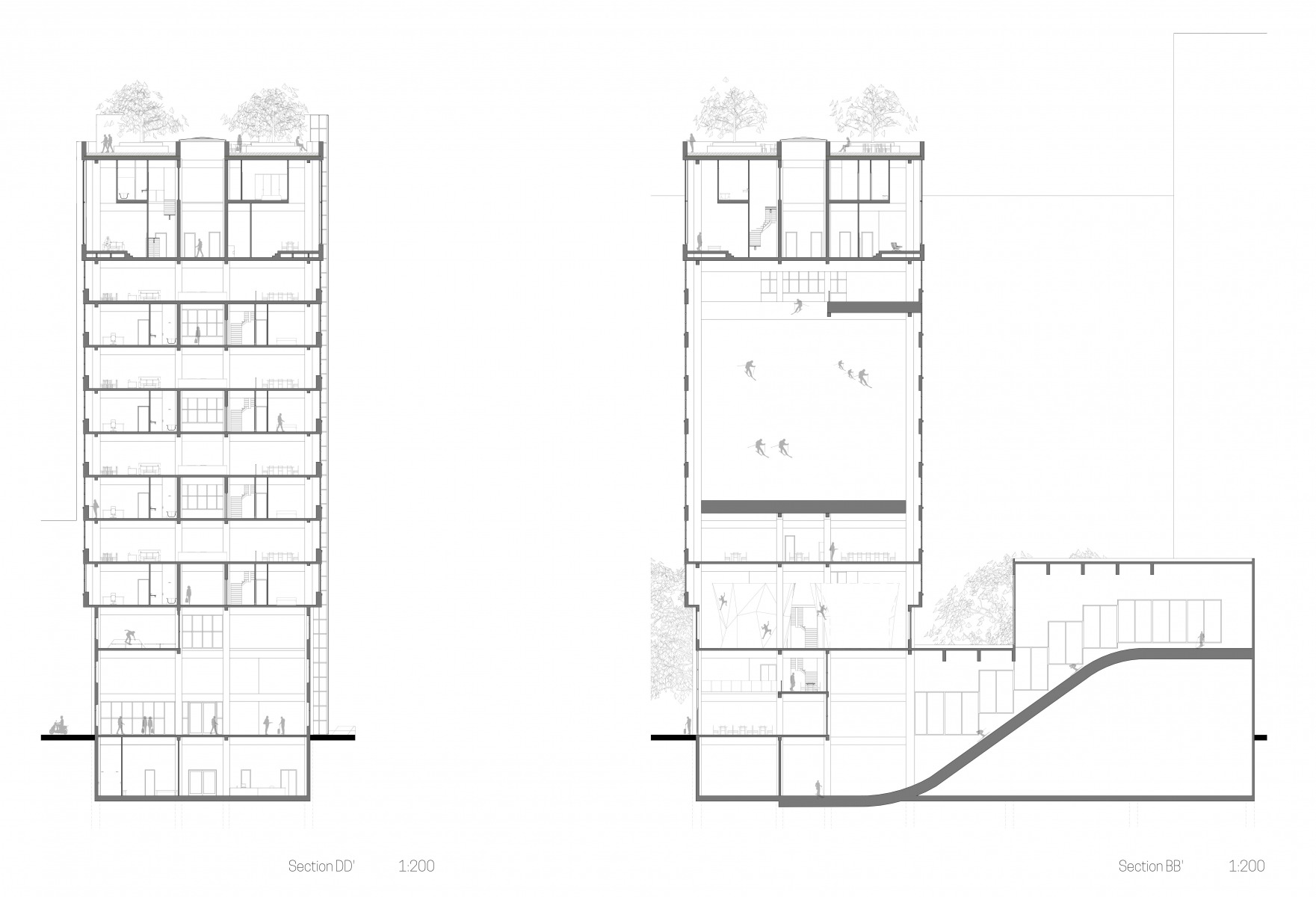 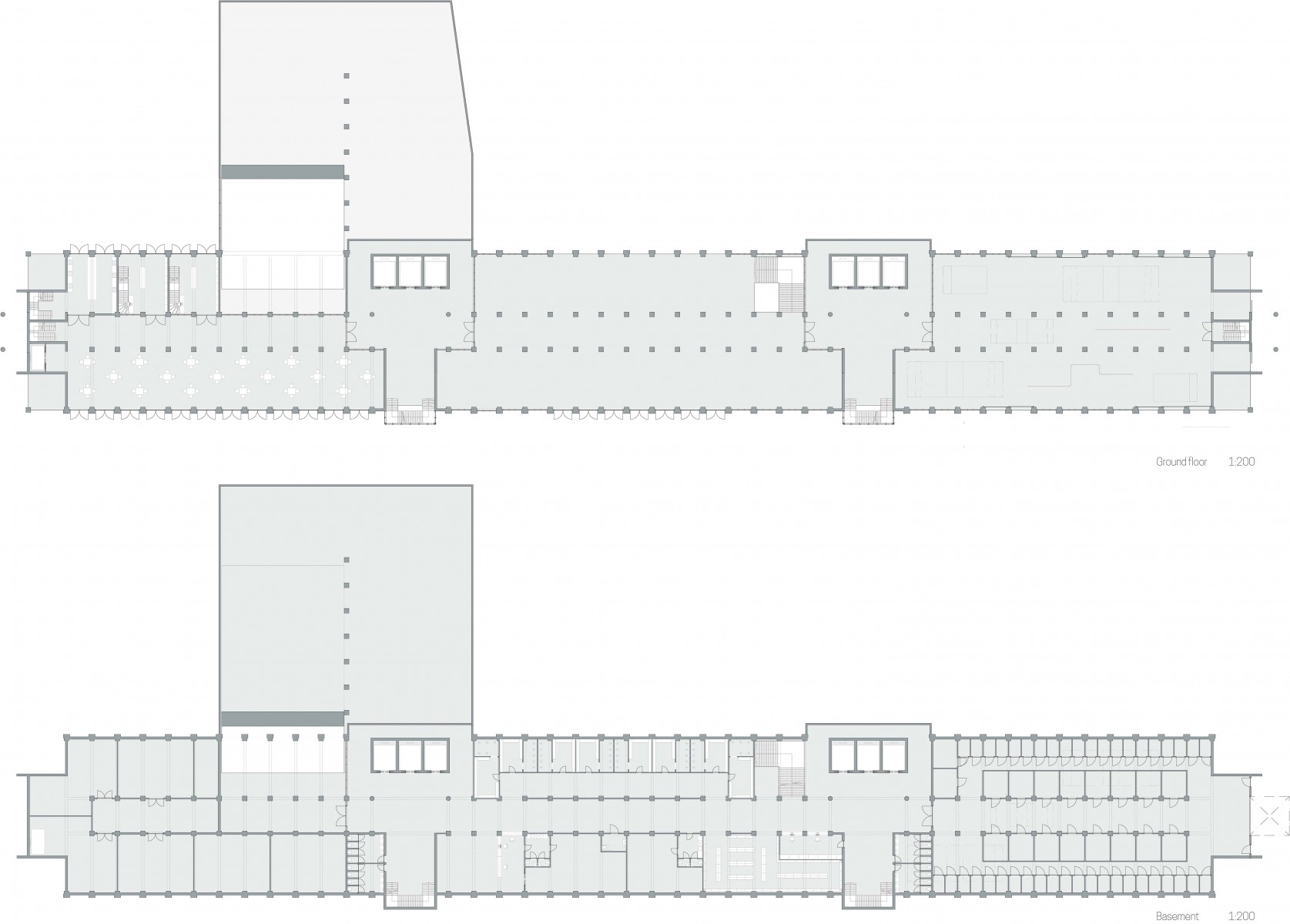 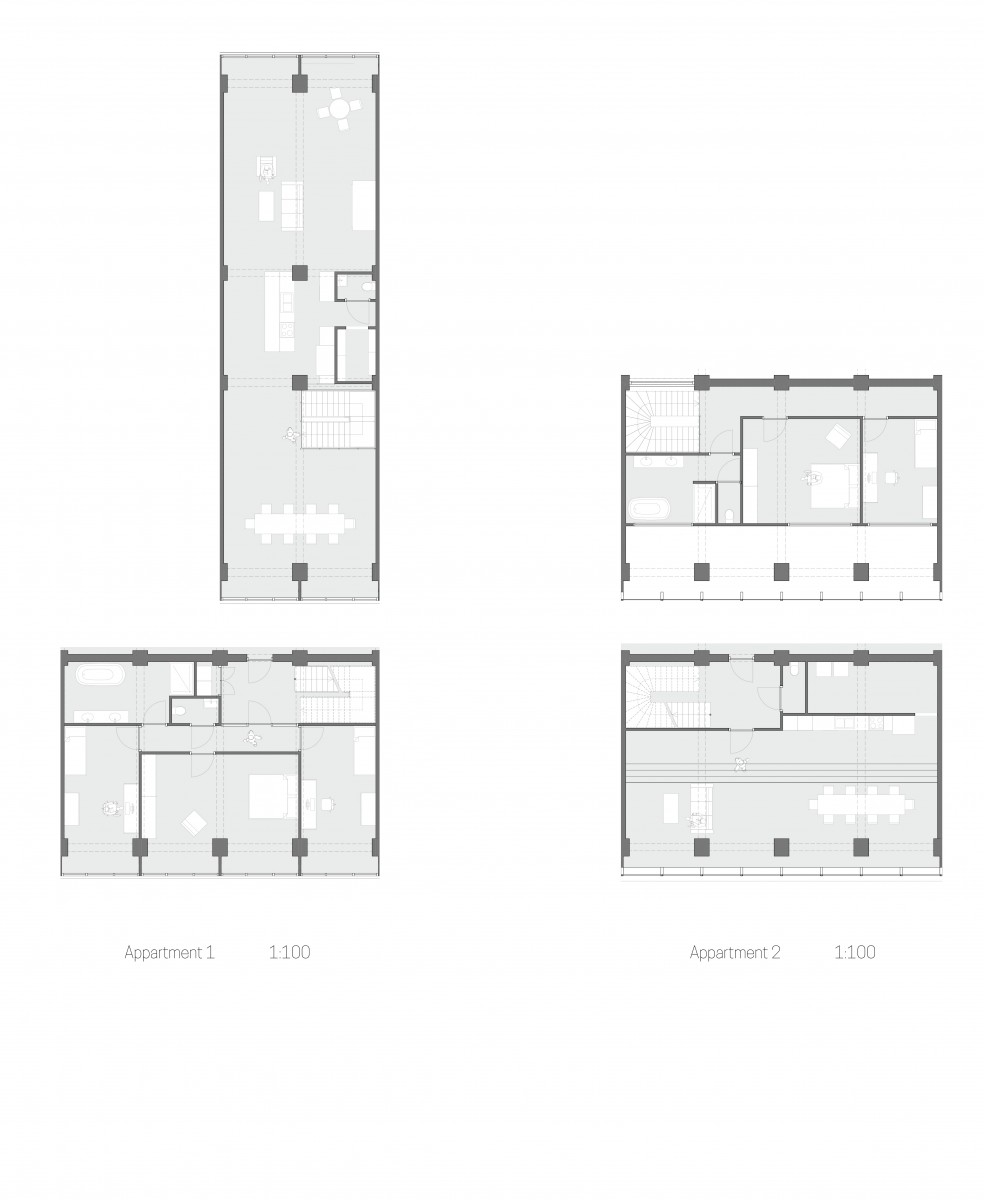 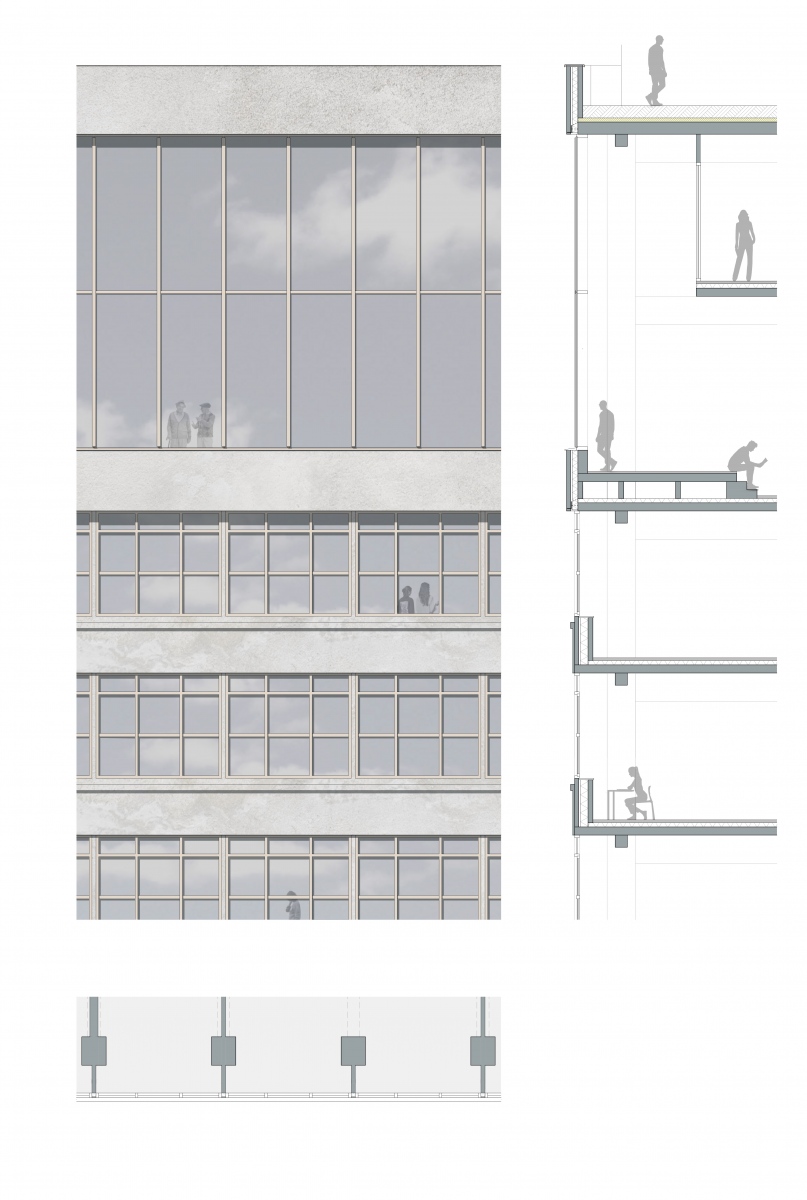 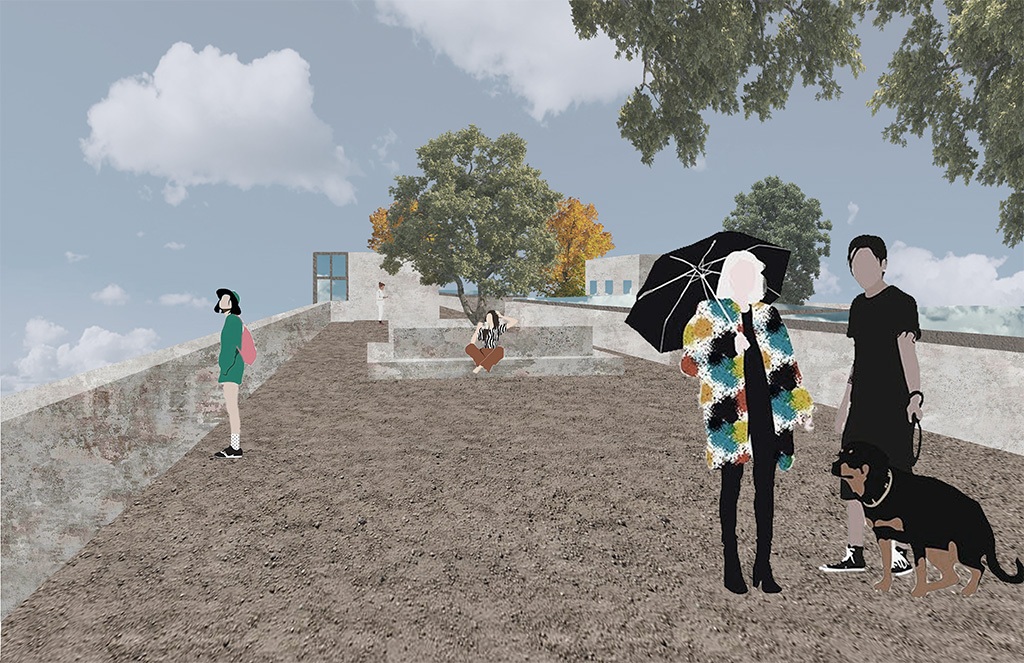 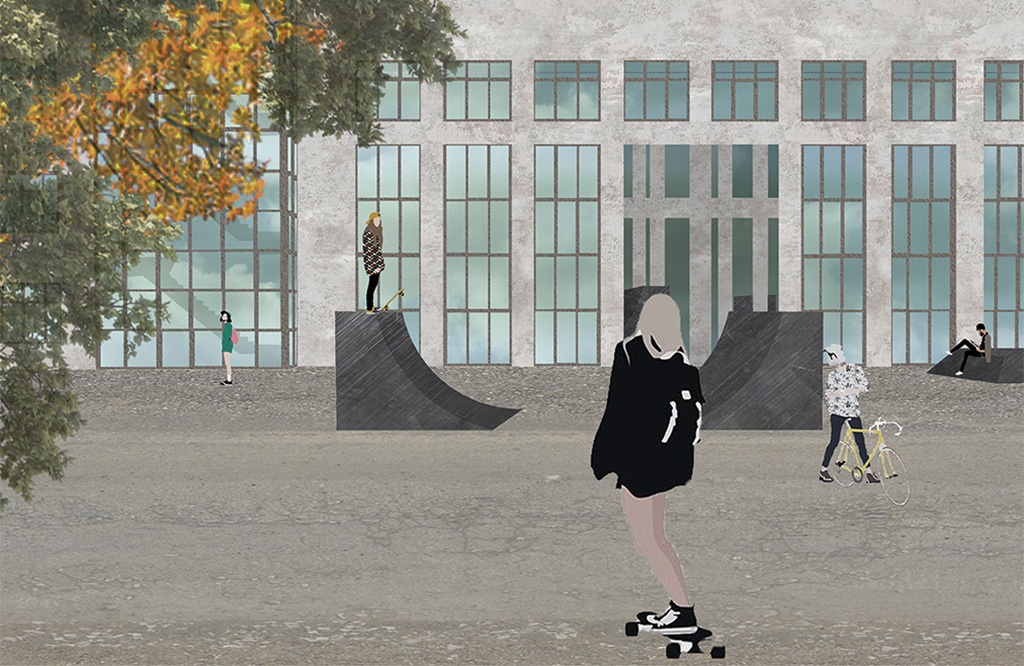 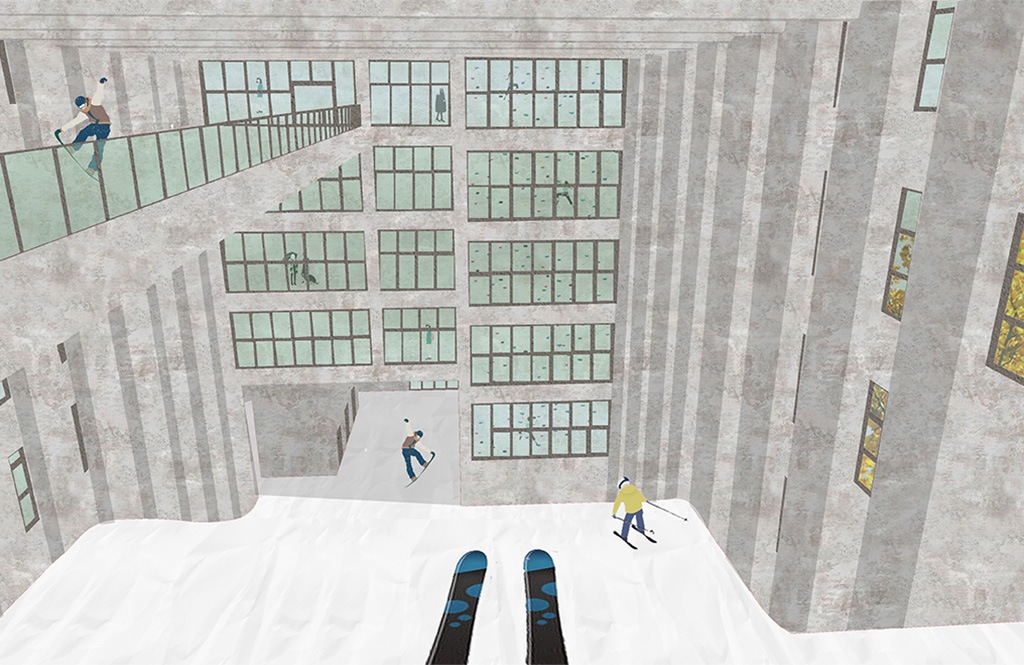 The project focussed on how one as architect can transform old architecture to create the new architecture. This has been analysed by working on the skills needed to design within an existing building in the first half of the project as well as the transformation of the Dijkzigt, the former main building of the Erasmus Hospital in Rotterdam, into a multifunctional building housing both apartments and extreme sports in the latter half of the project.

To give respect to the original Dijkzigt the final design proposal preserves the structural elements of the Dijkzigt as much as possible as well as its characteristic features of the façade, which concern the repetitive window frames, columns and horizontal bands. The top elements of the original building have been transformed to create a large glass wall showcasing the height of the building and its views even more. This element fits with the existing parts of the building while still clearly showing that it is newly added. The window jambs are adjusted slightly at different functions to show the transformation of the building also on the outside. This is the case for all the sport functions that are added together with the apartments that are placed behind the original window frames. The added functions inside the building are placed in such a position that the connection between them and the remainder of the campus is as high as possible while still keeping the environment with the new masterplan, sunlight and surrounding buildings, into account. Moreover, the connections are positioned from the sport functions to the routing elements of the building to allow for more privacy when inside the apartments.

With this proposal a transformation of the old Dijkzigt can be realised, preserving the building while making it up to date to in the end create a dynamic multifunctional building that allows for connection. 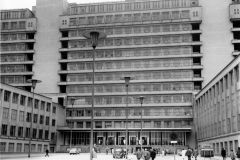 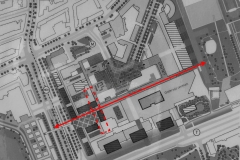 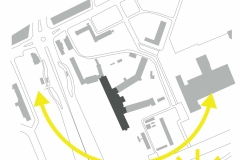 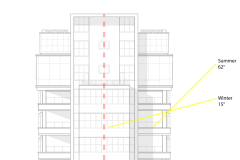 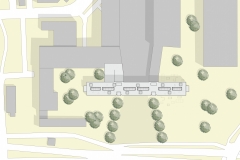 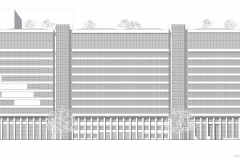 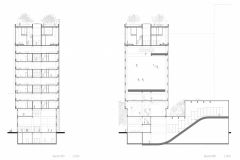 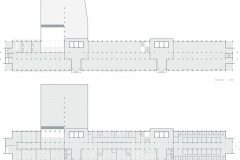 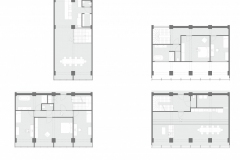 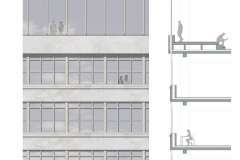 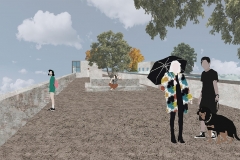 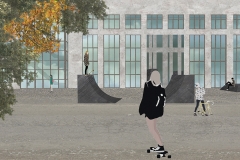 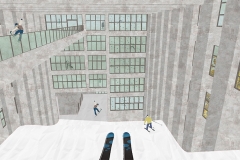